To honor the final year of my thirties as well as the recent publication of my constraint-based Faulkner-inspired memoir, AS I STAND LIVING, which chronicles the year I became a father, I’m going to document my various sources of media input each week: art, literature, music, movies, television, and so on. New updates every Monday until I turn forty (March 19, 2018). 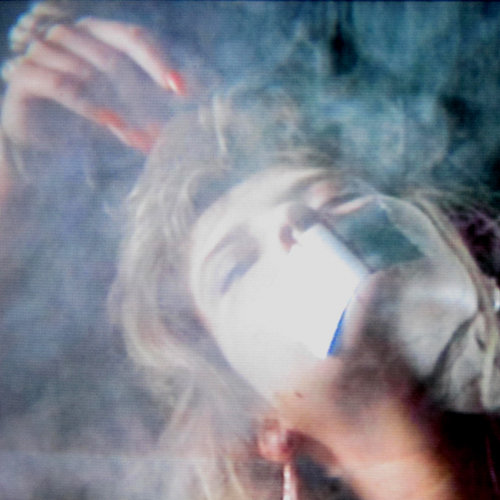 “Make juice out of me,” says De Jong in this video version.

& she’s killing it in this different video:

Thank little baby Jesus!!!…David made it to the finals of Dancing with the Stars!

Franklin Furnace Archive is a non-profit arts organization based in Brooklyn.

The Western Front was founded in 1973 by eight artists who wanted to create a space for the exploration and creation of new art forms.

“Reading Calamities is incantational. The reading experience is one drenched in the constant feeling of ignition and obstruction. Calamities at once demands and inhibits; it solicits and perturbs. It frustrates and tickles. And it reminds us, most forcefully, that narrative is erotically phenomenological.” Prathna Lor’s review of Renee Gladman’s Calamities.

“Mythopoesis names the imaginative transformation of the world through fiction.” Simon O’Sullivan on Deleuze & Contemporary Art: “From Aesthetics to the Abstract Machine: Deleuze, Guattari and Contemporary Art Practice.”

Watching Valentina bomb her lip sync destroyed me because it felt like watching a nightmare play out. I have dreamed that dream where I’m standing in front of an audience and I freeze, I forget what to say, and in that moment when RuPaul calls cut, which is, if I’m not mistaken, the first time in drag race herstory she’s done that, the voiceover kicks in and Valentina says she wanted to disappear. She takes her mask off, after attempting to keep it on after RuPaul orders her to take it off, and it reaches peak sadness. She removes it as if in disgrace then proceeds to pull all the tricks in the book to mask her inability to lip sync the song: turning around, putting her hand and arm in front of face, lowering head, etc. In the Untucked we find out the reason she didn’t want to remove her red club kid mask had nothing to do with freezing, instead she actually came unprepared. A different nightmare. She hadn’t spent enough time learning the song. (Presumably she never considered the possibility she might end up in the bottom two.) In the Untucked she says something like, “The whole world is watching me fail.” It’s heartbreaking. I cried. I kept thinking, that’s someone’s little boy. That could be my son, Jasper. My mirror neurons fire like mad. “It’s a beautiful setup for All Stars III,” my wife, Caitlin, says. I totally agree. All Stars III with Valentina vs. Ben De La Crème vs. Pearl vs. Gia Gunn vs. Latrice Royale vs. Trixie Matel vs. Max vs. Kim Chee vs. ???

What can we learn by examining only the first and final shot of a film? This video plays the opening and closing shots of 55 films side-by-side. Some of the opening shots are strikingly similar to the final shots, while others are vastly different–both serving a purpose in communicating various themes. Some show progress, some show decline, and some are simply impactful images used to begin and end a film.

A Cannibal Explains Himself To Himself

Literacy Narrative: language as fluent must be free