Humans have an innate drive to categorize, to organize, to place in class, phylum, and order. Some people brand such categorization as pretentious or arbitrary, but we at Entropy say that classification is the spice of life. Enjoy some of our more sub-specific pleasures with this list of favorite subgenres of music, movies, books, etc. 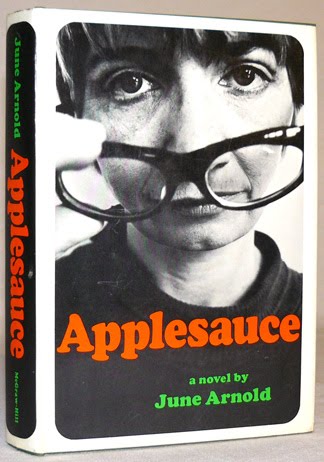 1. Affectionate genre parodies that simultaneously succeed at being a “cool” example of their genre–Shaun of the Dead, Hot Fuzz, Planet Terror. 2. Films/books/games that are not a direct adaptation of a specific work, author or genre, but offer such a strong homage that they end up being more faithful to that work/author/genre than any direct adaptations–e.g. Eternal Darkness: Sanity’s Requiem (Lovecraft), Southland Tales (comic books).

1. Third person action/adventure pseudo-realistic stealth games that actually allow 100% stealth play with no use of weapons, gadgets, or takedowns throughout the entire game. Recent games I can think of are 3. This is from one of them, Splinter Cell: Blacklist

2. Place-based and character-driven crime series where the setting and location is outside of the typical AngloAmerican metropolis and just as much a character as the people in the series. Prime examples are The Bridge, Broadchurch, and Shetland.

3. Philosophical, meditative, and dialogue-heavy feature films that have an almost planetary or cosmic outlook and is shot by a genius director.Voice-over obligatory. Examples are Stalker, The Thin Red Line, Tree of Life, and Drowning by Numbers.

I didn’t include a literary subsubsubgenre, because I try to read as widely as possible.

1. Noise music that doesn’t include any vocals.

2. Novels that unfold in severely constricted timespans, like the course of an hour, etc.

3. The “professional creative” menswear ideas that show up in fashion magazines. The fashion/advertising world’s idea of how a professional photographer or graphic designer is supposed to dress relative to something more mundane is fascinating in a sociological way.

1. Works of art that are considered “Sui Generis”

2. Anything grandiosely America, in particular if it has the word America in the title, such as “American Pastoral” or “American Beauty” or “Purple America”

(via Livebooklet)
3. Novels that are monologues

2. Progressive Rock – this Wikipedia entry does a pretty good job of summarizing but especially for the emphasis on classical composition, heavy influence from classic rock and classical music, and often very literary, philosophical, or fantasy-related themes. Blind Guardian, though more progressive metal, I would include as an example for their melodies and heavy inspiration from J.R.R. Tolkien and other writers. Kate Bush also has prog rock leanings. Other examples: Dream Theater, King Crimson, The Moody Blues, Kansas, Opeth, Pink Floyd, Symphony X, Stratovarius, Yes, and more recently, Tool and The Mars Volta.

3. Films with Exceedingly Long Average Shot Lengths (ASL) ie. slow cinema – Bela Tarr’s The Turin Horse has an ASL of 240 seconds and The Werckmeister Harmonies 219 seconds. (To give a comparison, Michael Bay’s ASL is 3 seconds, Steven Spielberg’s is 6.5 seconds, and Ingmar Bergman’s is 16.7 seconds. Even Andrei Tarkovsky’s is 40 seconds while Tarr’s ASL for his last 4 films is 178.3 seconds). Also Russian Ark, which is a single shot giving it an ASL of 5496. Alfred Hitchcock’s Rope has an ASL of 434 seconds. Red Psalm has an ASL of 161 and Kiarostami’s Five has an ASL of 885 seconds. Hou Hsiao-Hsien’s Millenium Mambo has an ASL of 96 seconds

2. I don’t know if there’s actually a name for this genre… maybe call it inverse chiptunes? Nintendocore (ugh! what a a horrendous name!) Rock / vaguely post-rock combos specializing in “covers” of classic 8-bit video game soundtracks (mostly NES); I find The Advantage’s music to be strangely haunting.

1. I like everything with the word punk in it, except for punk music. Cyberpunk, biopunk, deiselpunk, quantumpunk–whatever, I’m game for it.
2. I’m not sure if there’s really a name for it, but I call it stitch-up novels. Things like Hopscotch by Cortazar, The Book of Lazarus by Richard Grossman, and The Savage Detectives by Bolano. Basically novels that are made by the confluence of their many parts, and not by any single narrative motion.
3. And then I love the Dying Earth genre started by Jack Vance and continued by people like Gene Wolfe and M John Harrison.

1. I love black and white autobiographical/diary comic books. Examples include Ben Snakepit, Liz Prince, and Jeffrey Brown. For some reason other people’s lives are really interesting to me.
2. Mathy sadcore indie rock

3. Deconstructive horror films like Cabin in the Woods, Behind the Mask: the Rise of Leslie Vernon, and Shaun of the Dead. I love traditional horror conventions, but I love them even more when they’re taken apart and examined.

This probably isn’t hyper-specific enough, but I’m a big fan of all the ‘punks.’ Took a class at UC Santa Cruz called ‘international cyberpunk’ with the godly Wlad Godzich who is “attributed with influencing the conceptualization of modern literary critical theory” according to Wikipedia. Can’t remember the entire syllabus, but it was definitely epic. … We read Jeff Noon’s Vurt, Vernor Vinge’s True Names, Neuromancer, Stanislaw Lem’s Imaginary Magnitude (introductions to books/scientific studies that don’t exist yet and lectures from the deeply philosophic Golem XIV), Richard Calder’s Dead Girls, Gibson’s Spook Country, and this crazy DNA-virus-stream text called Nonexistence by this guy Kenji Siratori. One of my TA’s invented the term ‘salvagepunk’ for anything under the dusty Mad Max lens. He blogs for The New Inquiry now. You can find his nuanced definition of the term here. China Miéville is probably the prime example of a salvagepunk novelist and he even gave some rather heady talks with Evan about the origin, spread, and problems with the aesthetic. ‘Biopunk’ is another one that came up in some of our discussions. The recent Orphan Black, Greg Bear’s Blood Music, and the Bioshock games are good examples of this. I seem unable to enjoy anything that tries to fit under the ‘steampunk’ aesthetic–probably because of something Evan said in class about how it’s a dream of the Obama era to revert back to preindustrial modes of life and production, which, like many things he said, I’m still trying to fully understand.

Short Film of the Week: Origami by David Pavon

What made me a writer, who made me gay