This is the sixth in Entropy’s small press interview series, where we ask editors about their origins, their mission, and what it’s like to run a press. Find the other interviews from this series in our small press database here and under the Resources tab at the top of the page.

How did Publishing Genius start?

On a whim. I mean, I have always been interested in publishing, and have been making zines and websites for years (I made my first magazine in 5th grade—a Mad knockoff called “Split”). And before actually starting PGP I interviewed some publishers, but none of that helped as much as actually just making the first chapbook and running with it.

Tell us a bit about Publishing Genius. What are your influences, your aesthetic, your mission?

I don’t know. The fundamental thing I believe about literature, and this is just from my own experience so I’ll just speak for myself, is that it opens me up to other people. It makes me more compassionate. I don’t think a lot about this, really, so I don’t want to say that, like, having read Their Eyes Were Watching God itself had a measurable impact in how I think about racism for example—actually bad example, I’m sure that particular book did—but the act of reading, that openness to the ideas expressed by other people, the energy required to sympathize with those ideas, that’s what drives me to keep publishing books. But this is complicated. To me this doesn’t mean that Publishing Genius books have to be focused on directly communicating their humanity or whatever. I just want them to be complicated and rewarding enough to demand that investment and garner that payoff.

I’ll just tell you about this one book, which is actually three books, which is actually the final book in the trilogy by Edward Mullany. It follows If I Falter at the Gallows, a collection of poetic writing with some prose sprinkles, and then Figures for an Apocalypse, which is more prose but still with poetic aspects. This final book changes things further. Called The Book of Numbers, this one is three novellas. Edward is still playing with form in this last book, which I guess should be obvious from the fact that he’s made the third book in a trilogy a trilogy in itself, and then called it The Book of Numbers. Mind: blown.

I think the world basically sucks right now, and the indie publishing subculture is not excluded from sucking—but this brokenness has the potential to do a lot of good, and I am excited that when things get bad, people turn with sincerity to thoughtful expression. I hope I’m not just being myopic or ahistorical though. Oh! And something I’m excited about with no reservations is this new website I’m working on, loosely under the auspices of PGP, which is called Real Pants. It’s going to have some good crossover with Entropy in that it’s focused on books (our tagline is “literature and the new literary community”). Amy McDaniel is the main editor and she has enlisted some amazing contributors—or “beat writers” as we think of them. We just launched yesterday and I can’t wait to see how it grows.

How do you cope? There’s been a lot of conversation lately about charging reading fees, printing costs, rising book costs, who should pay for what, etc. Do you have any opinions on this, and would you be willing to share any insights about the numbers at Publishing Genius?

In the last couple months I’ve had to pay $3000+ for reprinting books for my distributor, which should be good of course because it means people are buying books, and therefore the press is making money even though I have to spend it. Right? But it’s problematic because I didn’t start with a good accounting system, so I always feel like I’m spending my own money that I don’t actually have. When the PGP catalog was only a handful of books this wasn’t an issue, but now that I’ve published like 30 books, it’s becoming really hard to keep up with everything. And I’m committed to keeping books in print as much as humanly possible. Thankfully, print on demand technology is going to make this more feasible. I have been uncomfortable with the limitations of POD, but for one thing, it’s improving, and for another, I don’t really have a choice, so I’m learning to recognize it as a solution.

How does Publishing Genius interact with your online journal Everyday Genius?

Everyday Genius has published almost 1500 writers, people from tons of different scenes and aesthetics and walks of life, and that’s something I’m really proud of. I also get to work with brilliant guest editors who often take the journal in directions I would never have thought of, and I’m inspired by that. Dolan Morgan just took the editorial reins for a month in October, and I was blown away by the quality of the work. It was totally reinvigorating to just sit back and see what he came up with. As far as real interaction, I try to keep the two things completely separate. It’s tempting to boost the crossover, because traffic at Everyday Genius dwarfs what I get at the PGP website, but I haven’t figured out how to do that in a meaningful and non bastardizing way. 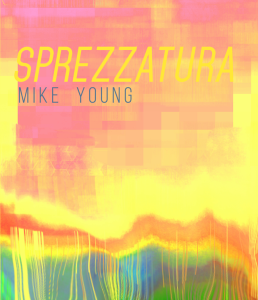 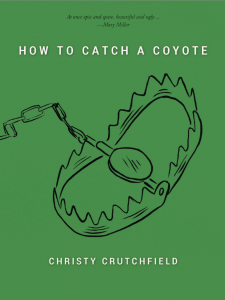 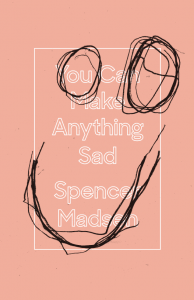 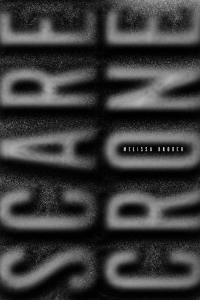 Review of Sprezzatura by Mike Young
Review of The Three Sunrises by Edward Mullany
Review of Valparaiso, Round the Horn by Madeline ffitch